Since 2008, a company-wide Sustainability Committee was set up to drive Environmental, Social and Governance (ESG) practices across all departments within CDL. Led by the Chief Sustainability Officer with functional oversight by the Senior Management, the Committee initiates, drives and monitors various aspects of our sustainability practices, ensuring effective integration of ESG initiatives into our business operations and corporate objectives.

The BSC meets at least twice a year to review CDL’s sustainability plans and maintains communication with the Sustainability team regularly. 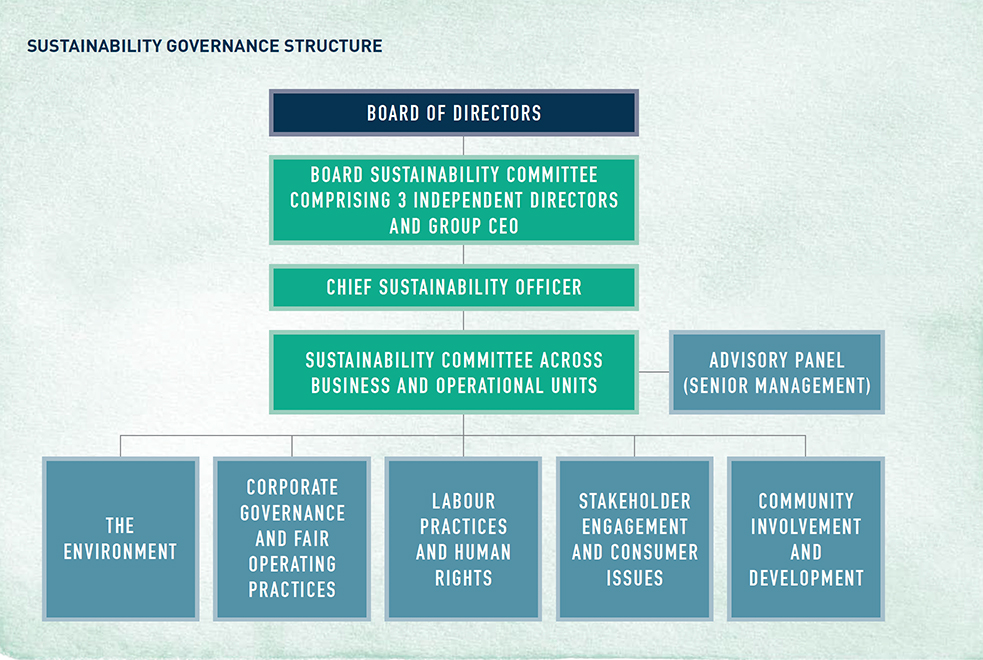