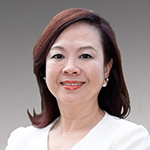 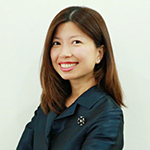 Prior to becoming an entrepreneur, Christina was appointed as Asia Managing Director of the leading global business media, Bloomberg Businessweek (formerly known as BusinessWeek) where she worked for 12 years. Actively in supporting media industry and business communities, Christina was the Deputy Chairman of SOPA (The Society of Publishers in Asia) and Chairman of its China Projects Group Sub-Committee.

She is currently the advisor of Tsinghua University x-lab, a board of director of Canaan Garden Charity and permanent member of Chiu Chow Chamber of Commerce & the Youth Elite Association in Hong Kong. Christina holds a Masters Degree in Management from Macquarie University (MGSM), Sydney. 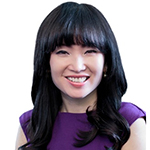 Ms. Koh Ching Ching was appointed Head of Group Corporate Communications in November 2004 and Executive Vice President in March 2012. She leads OCBC Bank’s group communications initiatives with the media, employees, customers, shareholders and the general public. Prior to her role in corporate communications, she led OCBC Bank’s franchise expansion efforts in trade finance in Malaysia. Before this, Ms. Koh had 16 years of corporate and retail banking experience, having held various senior customer and product positions in local and foreign financial institutions. She graduated with First Class Honors in Business Administration from the National University of Singapore 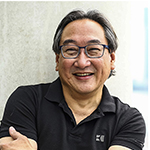 Michael Aw is an award-winning underwater photographer, author, publisher, and the founding director of OceanNEnvironment, an NGO which promotes and initiates preservation projects, and documents the status of coral reefs, bio-diversity and the impact of man-made pollution through research programs, and measurable conservation projects. With OceanNEnvironment, he initiated the Napoleon wrasse protection program in the Maldives in 1998, turtle nest adoption program in Indonesia 1999 and Say No to Shark Fins campaign in the South East Asia 2002.

Aw is also founder and publisher of Ocean Geographic Magazine, a quarterly publication showcasing the underwater realm and promoting conservation of our water planet. 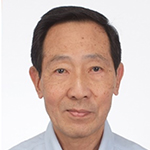 Dr. Chou Loke Ming is Adjunct Research Professor at the Tropical Marine Science Institute of the National University of Singapore. He obtained his PhD in Zoology from the University of Singapore in 1976. His research on coral reef ecology and integrated coastal management covers Southeast Asia and he coordinated and edited the 2009 State of the Marine Environment Report for the East Asian Seas for the United Nations Environment Programme. His current research focus is reef restoration and he is particularly interested in how corals can be re-established in the highly turbid conditions of rapidly developing coastal areas. Prof. Chou has been a member of the Scientific Advisory Committee of the Global Coral Reef Monitoring Network (International Coral Reef Initiative), serving as its Chairman from 2003 to 2005. He is currently an Honorary Fellow of the Singapore Institute of Biology and a Fellow of the Singapore National Academy of Science. He has provided consultancy services in the field of marine environment management to international agencies such as UNEP, FAO and the World Bank, as well as many national agencies. 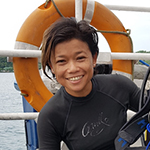 
Dr. Karenne Tun is the Director of the Coastal and Marine Branch at the National Biodiversity Centre, National Parks Board (NParks). She joined NParks in 2013, after an 18 year circuit within academia, non-profit organisation and private environmental consultancy, during which time she obtained her PhD from the National University of Singapore where she focussed on developing tools for coral reef monitoring and management. Karenne’s interest in the marine environment was ignited as an undergraduate, where, over the years, her fascination turned to concern at their rapid decline, particularly within the region. Karenne subsequent work at NUS focussed on studying the impacts of anthropogenic activities on coral reefs, before moving onto coordinating coral reef monitoring efforts in the Southeast Asian region. Karenne’s current work at NParks covers issues related to the management and conservation of Singapore’s coastal and marine environment and the biodiversity they support. Her team is also responsible for managing Singapore’s first Marine Park – the Sisters’ Islands Marine Park, and works closely with the wider community to encourage responsible stewardship and sustainable use of the Marine Park to achieve the overarching objectives of conservation, outreach, education and research.